Home / Information / Hackers: what are they?

Hackers: what are they?

Hackers: what are they? 11th March 2019 Zetascrub
Information
0 Comment

You’ve seen hackers in TV shows and movies, but do you know what a hacker is?

Thanks to Hollywood and general media, the idea of hackers has always been one of two views

The young punks who fight against “the man”, dressed in odd gear and only hack to free the public from a corporate tyrant. 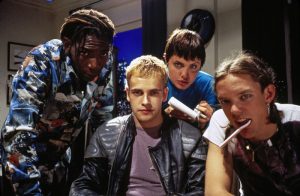 Or the middle aged loner, usually located in a basement of their parents. Hacking away in a less entertaining but often more accurate way.

Now, these are good for Hollywood as they’re a form of entertainment, like the graphics on the computers in Hackers, it’s all for show.

In fact, one show which remains consistent in portraying a hacker and realistic attacks, Mr Robot. 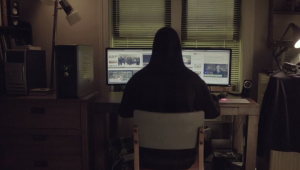 But leaving media aside, what are real life hackers like?

I know what you’re thinking, hackers usual wear hoodies, why do they need a hat?

Well, in this sense we’re talking about a figurative hat.

White hat hackers are the good guys, these are you consultants, security researchers and ethical hackers.

Your computer should have an antivirus, which works by using virus definitions. These are obtained by security researchers who obtain a newly discovered virus and reverse engineer it order to figure out how it works and how to detect it.

We need White hats in order to help protect others, the super heros of the hacking world.

Every super hero needs a villain and that’s what black hats are.

This is the view most media has on Hackers, those who hack for personal gain or to cause disruption to their intended target.

Black hats will hack without considering the legal boundaries and even if they do, they’ll carry on anyway.

Consider these your anti hero, depending on what action they take, you’ll either see a good guy or a bad guy.

Most hackers are considered grey hat, this is due to the fact the actions they perform can be seen as either bad or good, depending on your point of view.

Now I’ve only gone over what a hacker is at a high level, I’ll plan to go into depth, but for now you should know that hackers are far more than what we see on TV shows or movies, they’re people who love the art of breaking the system, whether it’s for good or bad, is down to how you view it.

Do you know someone whose a hacker? maybe it’s their job or hobby, do you consider them on the side of good, bad or both?

What ever your thoughts are on hackers, don’t always pay attention to the media.