Starter guide on becoming a hacker

There’s plenty of ways to become proficient in the world of hacking, but here are some of the legal methods

Starter guide on becoming a hacker

So you want to get into the hacking world, but don’t know where to start? You have your black hoodie and a laptop covered in all sorts of ‘1337’ stickers, but you have no clue how to hack. Trust me, we all start there, when I started I had all the motivation but no idea where to start, so let me go through a couple ways in which you can learn to become a hacker!

First thing first is you’ll need to know what operating system (OS) to use in order to start, while you can use any OS, it’s known that some are more proficient than others.

Linux tends to be the best bet as you have more control over what you can do with it and for the most part it’s free, luckily there’s a number of pre-built hacking OS

This OS is the most popular with cyber security enthusiasts and is packed with so many tools you’ll never find enough time to cover them all.

Parrot is an alternative to Kali Linux, still packed with mostly the same tools however there’s a few differences, up to you which you want to go with but there’s nothing wrong with being different.

Both Kali Linux and ParrotSec have very simple install processes, should you need assistance, check their website for more information

There’s plenty more options for operating systems to choose from, you can simply take your favorite Linux distro and add the modules you want to make it your own.

While you can install the OS to the host machine, it’s generally recommended to run them of a virtual machine (VM) as these aren’t great at being day to day desktop environments and if you end up using a tool which breaks the OS, you’re going to have a bad day.

Thankfully Linux doesn’t require a lot of resources to use, however it’s recommended to have a decent spec computer in order to run this, on most modern computers, this shouldn’t be a problem, but allocating more resources to the VM will speed things along, I suggest having a system with at least 4GB of Memory so you can allocate 2GB the the VM, as well as a quad-core in order to allocate 2 cores. 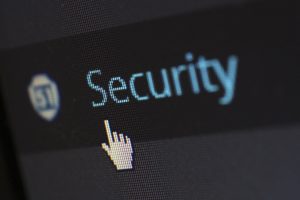 Now that you have the above, you’ll need to know what you can and can’t start hacking.

Do not hack what you don’t have permission to.

You’re allowed to hack your own equipment, such as another computer on your network which you own, but you can’t hack a system you don’t own, without permission. Luckily there’s plenty of resources which provide systems for you to hack.

Vulnhub is a website which fellow hacker enthusiasts upload virtual machines which are purposely designed to be vulnerable in some way, you can download and host these locally and hack away at them, you’ll be presented with the challenge of getting root or flags.

This is like vulnhub but the VMs are hosted online, people design and create a vulnerable system which you can attack, but it’s not just you attacking, chances are you’ll be attacking a box with a few others going for it too.

The one advantage this has over vulnhub however is there’s a scoreboard, if you manage to get “User” or “Root” and provide the flag hash, you’ll get put on the scoreboard.

HTB also hosts more than just Linux boxes, this allows you to get experience hacking into Windows machines

Now that you have some tools and resources at your disposal, does that mean you’re a hacker? 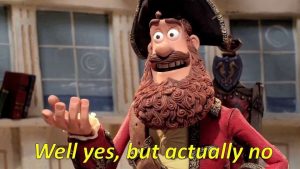 Getting into cyber security let alone being a hacker is not an over night job, it takes time and effort to become good enough to class yourself as a hacker.

If you have the passion for this kind of work, then keep working at it, use that as motivation to learn all that you can, maybe even become a specialist in certain areas such as social engineering.

There are so many resources out there which can help you on the pathway to becoming a hacker, but as all things, it takes passion and motivation, do you have those?

Just remember, stay within the legal bounds of your country, only hack what you have permission for, don’t run any tool you find without understanding what it does, this could lead to damages you really don’t want to deal with.